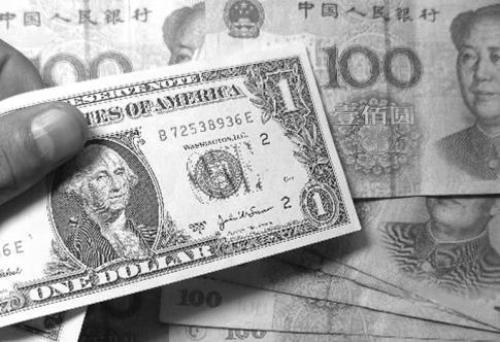 As the "large stomach king" that "eats" 40% of the world's copper, China is not satisfied, and the Peruvian Las Bambas copper mine is its latest "meal".

On April 16, Minmetals, a subsidiary of Minmetals, announced that it had joined two other state-owned enterprises to acquire Las Palms copper mine in Peru under the umbrella of Glencore Xstrata, a global commodities trade giant, for US$8.55 billion in cash.

For the Minmetals resources whose market value is only about 9 billion Hong Kong dollars (about 1.15 billion U.S. dollars), this business is just an example of the "snacks and swallows". "This big meal" has also become China's largest overseas mining acquisition in the past six years.

The Las Bambas copper mine in Peru is one of the worldâ€™s largest copper mines under construction and will be put into production in 2015. It is expected that the annual output in the first five years after putting into operation will exceed 450,000 tons of copper, equivalent to 13% of all copper imports in China in 2013. The average annual copper production is expected to be 300,000 tons.

According to Minmetals Chief Executive Officer Andrew Michelmoreâ€™s prediction, the â€œmineralâ€ Las Bambas, a large-scale copper ore with a processing capacity of 140,000 tons/day, will increase its production of copper by 1.5 times. This means that it will surpass Jiangxi Copper Group to become the largest copper producer in Asia and rank among the top 15 in the world.

However, it is not so easy to eat a big meal. Previous competitors include Chinalco and Jiangxi Copper. A Chinalco-affiliated trading company revealed that China Aluminum will become the largest copper producer in the world if it wins Las Bambas and China Aluminumâ€™s Tromocho copper mine in Peru.

It is precisely because of this, the company will be more resistance to anti-monopoly.

The report stated that Chinalco was even in touch with Goldman Sachs and Morgan Stanley to study bids. However, at the end of last year, Chinalco announced its withdrawal. The above person said that

On the matter of the acquisition of Las Bambas, provincial leaders attached great importance to it. It is not only a problem of Jiangcaiâ€™s substantial increase in production reserves, but also the issue of internationalization.

Specifically, why the exit is not very clear, it may be to make way for the central enterprises.

In fact, China has already deployed a global resource strategy in the international market and has already taken a "copper mine meal" overseas. One of Chinalco's core assets, the Peru Tromuk Copper Mine, is China's largest overseas copper mine project and is also a 10 million-ton-class super-large-scale copper mine. It has the largest single copper ore beneficiation production line in the world. According to Xiong Weiping, chairman of Chinalco, the total output of the Tromoko copper mine will reach 1 million tons of copper concentrate and 220,000 tons of metal copper... Its production is about 18% of the import volume of ** copper concentrate.

The Tromoko copper mine has approximately 12 million tons of equivalent copper metal resources and approximately 19% of the countryâ€™s total domestic copper resources. After reaching full production capacity, it will enter the top 20 copper mines in the world, and the design service period will exceed 30 years. .

Chinalco expects the total investment in this project will be as high as 2.43 billion yuan***. An anonymous person from Chinalcoâ€™s subordinate trading company said that after all Tromoch copper mines are put into production, they will be able to compete with Minmetals and Jiangxi Copper.